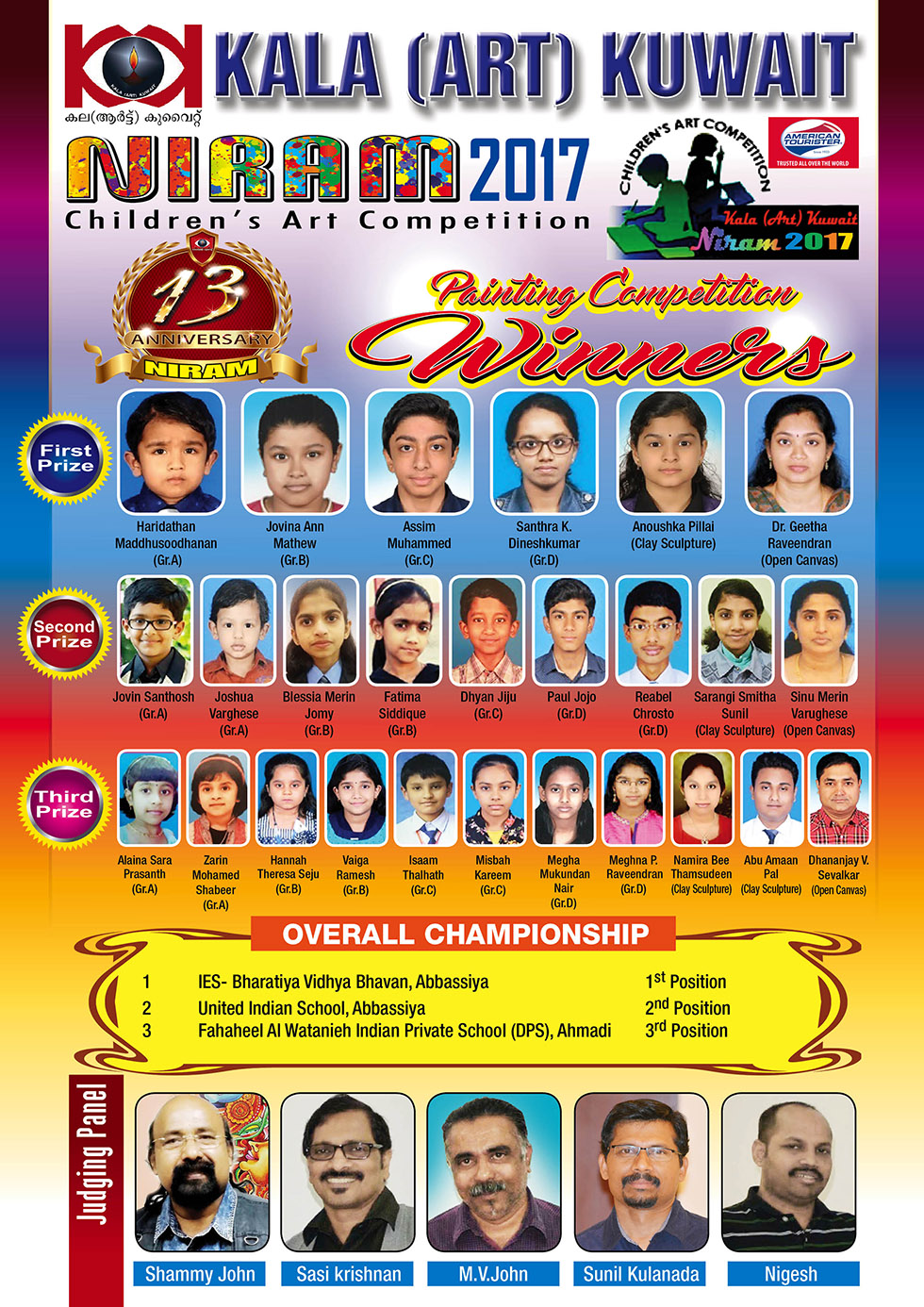 Kala(Art) Kuwait delighted to honor the winners of ‘NIRAM 2017’ Painting Competition with a grand Prize Distribution Ceremony which is scheduled to be held on Friday, 22nd December 2017 at 12:30 pm onwards at Al Jawhart Al Salh School (Girls), Riggae.

Kala(Art) Kuwait held the program “NIRAM 2017” Children’s Day painting competition on 10th November 2017 in Association with “AMERICAN TOURISTER”. Since the Year 2005, we have been celebrating Children’s Day, as a tribute to our late Prime Minister Pandit Jawharlal Nehru, the founder of modern India, titled as “Niram” which means color. As previous years, this year too it is worthwhile to note that students of different nationalities from all 22 Indian Schools in Kuwait with the active participation of more than 2300 children.

Kala (Art) Kuwait, highlights the exclusive prizes for the winners of each group as First place with Gold Coin & gold medal, Second place with silver medal and Third place with bronze medal along with memento & certificate. 60 Merit Prizes and 191 Consolation prizes also will be with memento & certificate. Prizes for Clay Modeling Competition and Marathon Open Canvas Painting for parents and visitors also will be distributed in the event.

Kala (Art) Kuwait takes this opportunity to extend our heartfelt and sincere gratitude with immense pleasure to invite all to the prize distribution ceremony to boost the morale of our children, according to ‘Kala(Art) Kuwait’ President, Samkutty Thomas, General Secretary, Sunil Kumar and NIRAM-2017 General Convener, Jaison Joseph.