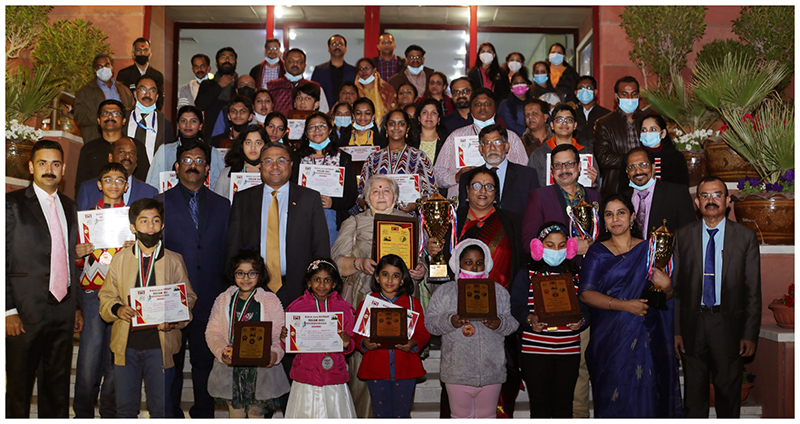 The Painting competition Niram – 2021 was conducted at Online Platform on 12th November 2021 on the occasion of the birthday of late Pandit Jawaharlal Nehru, the first Prime Minister of Independent India. It is worthwhile to note that students of different nationalities from all 24 Indian Schools in Kuwait with active participation of more than 2700 children in the competition. The competition was held in four groups in drawing, painting and clay sculpture.

Panel of Judges Artist Sasi Krishnan, Artist M. V. John, and Artist Sunil Kulanada were honored by H. E. by giving mementos in recognition of their laudable contributions in the field of Arts.

The Prize Winners as follows: